As the impact of Marvel's hard-hitter Black Panther (Coogler, 2018) continues to be felt around the world, kick-butt Kenyan feature Supa Modo (Wainaina, 2018) swoops in to confront a less visible nemesis; terminal illness. The film's close-knit rural village is home to Jo (Stycie Waweru) - a nine-year-old girl with one foot in the grave and the other practicing Kung-Fu jabs in honour of her favourite Hollywood superheroes. Kept home by her overprotective mother, Jo creates red caped alter-ego Supa Modo to take to the streets and dazzle locals with her comic-book powers. Kind residents go from practicing their surprised faces and staging crime scenes to chipping in for the production of Supa Modo: The Movie in tribute. While Jo's health fades, the community strengthens around her  - proving it takes a hero to save a village and a village to raise a child. 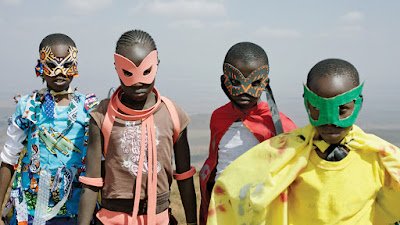 As Jo is caught between whiz-kid and sick-kid, Supa Modo's (Wainaina, 2018) real world (i.e. one of loss, endless prescriptions and wailing prayers) is at odds with her imagined world (i.e. one of wonder, force and confidence). While the picture begins by lining up the foes of heavy dosage pills, clammy foreheads and weeping relatives, vibrant fabrics and joyful East African traditions soon come to save the day and share a powerful message of unity. Inventive costumes, rustic emcees and face painting techniques play a key part in conveying happiness and grief. Alternating between English and Swahili, the dialogue is energetic and reflects the film's joint status as a German-Kenyan venture. Overall, team spirit pioneers this story from beginning to end - both in front of the camera and behind it. 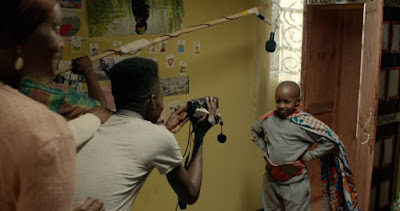 Perhaps the most heroic aspect of Supa Modo (Wainaina, 2018) is the fact that it isn't indestructible. Alongside its child-like fun, reality hits like kryptonite and dictates that not all broken things can be restored at will. When mournful endings come, the film's true champion arises in the form of an intimate and supportive local community that rallies to make the best of everything and everyone. Sitting beside me in the cinema, my homesick Ugandan friend was moved to tears by its vivid representation of her culture. Thought-provoking, emotional and zesty, Supa Modo (Wainaina, 2018) is a welcome change from Captain Underpants (Soren, 2017). 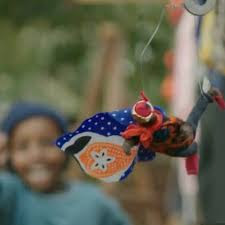