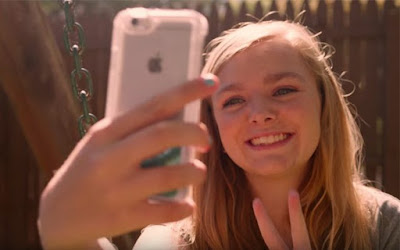 While it is rare that I praise the compatibility of a 28 year old man and an adolescent less than half his age, tongue-in-cheek drama Eighth Grade (2018, Burnham) spotlights the struggles of a 13 year old girl as comedy star Bo Burnham steps back from stand-up. Set in Suburban New York, the film follows middle-schooler Kayla Day (Elsie Fisher) during her final week of class before summer break. An avid Youtuber with few viewers to her name, Kayla works to outgrow her shrinking-violet reputation by making awkward motivational videos and reaching out to her peers as freshman year looms around the corner. In a world of all cell phones and no eye contact, she remains self-aware and painfully unseen by classmates while her single dad is left laughing at his own jokes in his challenge to connect with her. Juggling hostile popular kids, anxiety, social invites, puberty and the possibility of cooler, older friends, Kayla approaches the next chapter of her life with magnetic expectations. To quote White Plains Middle School Principal: “It’s gonna be lit”.

With trademark style, Burnham’s use of dialogue is witty and satirical – particularly when it comes to critiquing internet culture. He leaves electronic music, cringe-worthy teacher dabs and "Lebron James" slurs scattered like tripping hazards along a school corridor. As a consequence, a lot of weight is placed on silence and the film comes to treasure Kayla’s stammers and ‘umms’ as evidence of deeper thinking. Visually, Eighth Grade (2018, Burnham) often contrasts the stillness of scrolling with the mayhem of content within and around the user screen. Attuned with Kayla’s tendency to freeze when nervous, the cinematography often uses her anxiety for rhythm and perspective. One such sequence surveys tweens spitting, frolicking and popping their eyelids back at a pool party in a bizarre oasis that rivals Mean Girls’ famous watering hole (click here). 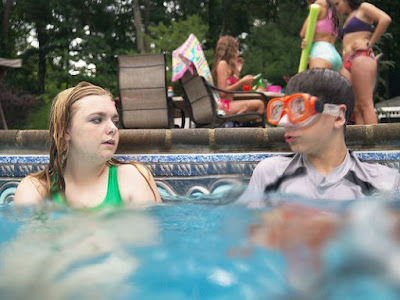 Protective and beautifully sentient, this film is teenage literate and upfront about the insecurities that are so often exploited by mass media for commercial purposes. Thus, even the Apple product placement takes on a different meaning as Kayla's iPhone is smashed from early on. With glossy images of teen pop idols haunting the film space, I find myself wondering if the overall message is a matured version of Burnham’s original song Repeat Stuff (2013) (click here). Like all budding young woman, Kayla is vulnerable to damaging attention - a reality that Eighth Grade (2018, Burnham) refuses to gloss over. However, she is also guarded by nurturing characters who recognise her true worth. In a sense, she also becomes her own safe keeper. Doodles and band practice aside, there is a lot to learn from Eighth Grade (2018, Burnham). 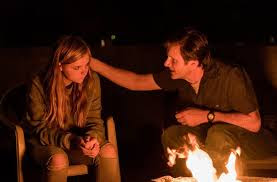