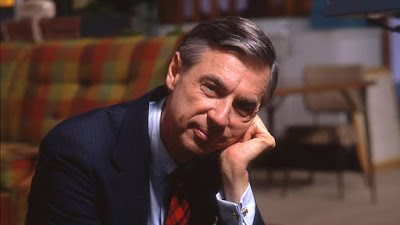 Greeting childhood with open arms, Neville’s nostalgic documentary Won’t You Be My Neighbour? invites us into the world of the late Fred Rogers (1928-2003); whose beloved series Mister Rogers’ Neighbourhood (1968-2001) helped raise generations of North American youth. As an Ordained Minister, Composer and Child Specialist, Rogers parlayed into television after recognizing a need for more meaningful content than “people throwing pies at each other”. Through his children's show, he became an authority in times of disaster, political unrest and personal insecurities; offering gentle condolences and empowering advice to viewers across the country. While often judged as meek and insubstantial, Rogers' mindful puppetry, songs and make-believe quickly struck deep truths among audiences – propelling him out of the living room and into the limelight. 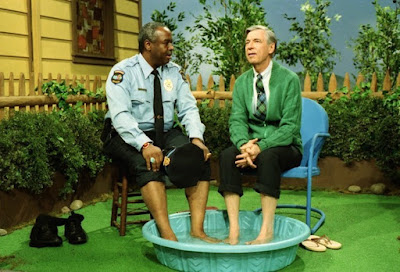 As a film, Won't You Be My Neighbour? (2018) gathers sincere interviews, archive footage, evocative animation and behind-the-scenes pranks under one roof. Paying particular attention to insights from wife Joanne Rogers and then-closeted actor Francois Clemmons ('Officer Clemmons'), the documentary observes some of the powerful motivations that drove Rogers' soft yet deliberate sensibility. Cross-cutting segments from Mister Rogers' Neighbourhood (1968-2001) with mass-media coverage of Segregation, Vietnam and the Kennedy Assassination, his attuned task of discussing serious issues in a safe community was no small feat. On a person-to-person level, the film marvels Rogers' ability to engage with young minds; using animal puppets, leisurely tasks and interesting sounds. Perhaps popular ASMR videos marketed towards stressed adults are indebted to his unhurried delight in watching the world go by.

While rooted in kindness, there is also a great deal of resolve in Rogers' portfolio that Won't You Be My Neighbour? (2018) makes a point of clarifying. From his legal defense of Public Service Broadcasting to his oppositional attitudes towards War, Propaganda and Consumer Culture, it remains that his love-thy-neighbour ethos was not always reciprocated. Enchanting and humbling, this film treasures Fred Rogers as a lasting example of positive masculinity who used television to teach children that "the most important things we can value are not visible." 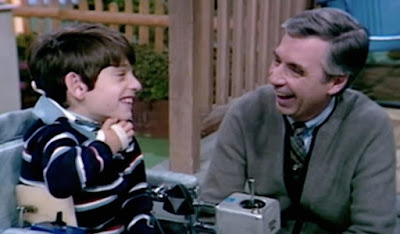