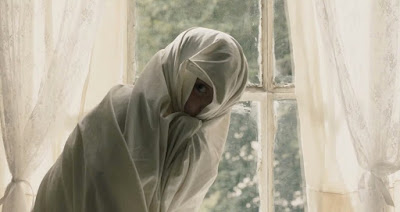 While some of us might still be blaming Royal Mail for our late Fathers’ Day cards, Sanchez’s 1970s-style mystery The Secret of Marrowbone (2018) literally scrapes the word ‘Dad’ into a bullet. After the frail mother Marrowbone relocates her four children from England to an off-the-grid American farmhouse, their family ties with a wicked father risk turning a natural haven into a something more disturbing. With one parent deceased and another still at large, eldest son Jack (George MacKay) is given charge of his siblings until he comes of legal age to possess the estate. But as the story skulks on, it is clear that their lives are possessed by something else entirely. 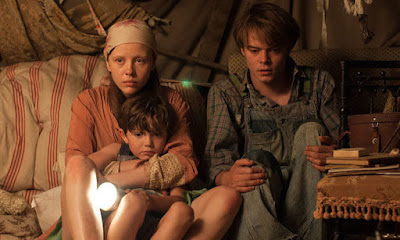 From colourful blanket forts to ghoulish bleached sheets, fabrics drape across the film’s secrets to mark family dens and condemned mirror surfaces with warm trust and icy superstition. Similarly, the soundtrack distorts the peachy vibes of The Beach Boys with chilling instrumentals and a sharp ear for unwelcome household noises. Perhaps this amplifies feelings of being overpowered - as the story is often witnessed through the eyes of a child. Overall, Sanchez approaches The Secret of Marrowbone (2018) with disciplined flamboyance; holding on to the materiality of a brick-and-mortar set, yet rattling some elements off into another paranormal dimension. As far as building suspense goes, the film’s cracks and creaks make for a solid foundation. 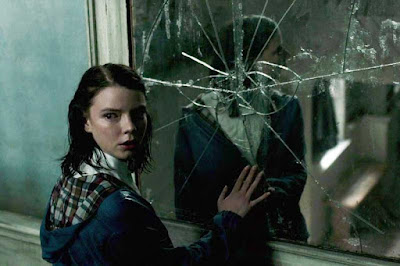 A blood relative to The Orphanage (1996) – Sanchez’ spooky Spanish hit – this feature translates moods of horror, estrangement and instability in ways that haunt the screen from beginning to end. While it is similarly haunted by holes in logic and a predictable decline into madness, it represents a successful Spanish/British collaboration that makes it a secret worth passing around.