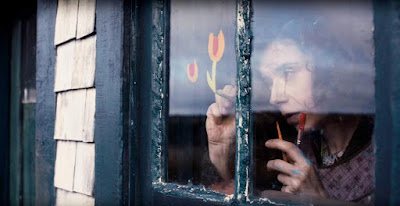 A film project thirteen years in the making, Aisling Walsh’s Maudie (2017) pays patient tribute to the career of a deceased Canadian folk artist born in 1903. Set in rural Nova Scotia from the 1940s onwards, it follows Maud Lewis’ (Sally Hawkins) transformation from a  live-in housekeeper to a painter of national intrigue. While her mobility and confidence levels were shaken by chronic arthritis and family trauma, her youthful and kooky sense of ambition assured her success. Beyond the complex joys of art, the film explores the volatile love of Maud’s employer-turned-husband Everett Lewis (Ethan Hawke)and the mourning of a long-lost daughter. Between fading health and growing creativity, she is remembered as a fiery character whose life took on the tones of a rare and modest happiness. 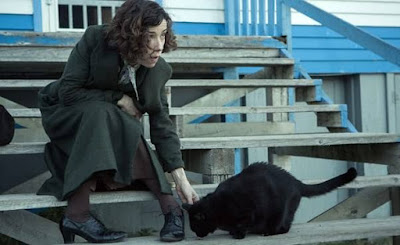 Visually, the film marries a tattered wooden cabin with the vibrant brushstrokes of Maud's imagination - surveying dramatic seasons of nature and affection as they unfold in a countryside that flees domestication. The initial bleakness of the shack is paralleled by cruel gales that shred through the surrounding moors with approaching winter. As colour creeps onto the wall panels one illustrative flower/bird at a time, the hope of spring outside brings about rising prospects for the isolated artist. Quaintly costumed and soundtracked with era-fitting folk tunes and radio songs, Maudie (2017) presents an interesting division between the charms of nostalgia and unearthed tales of abuse that are strikingly relevant to today's viewers. 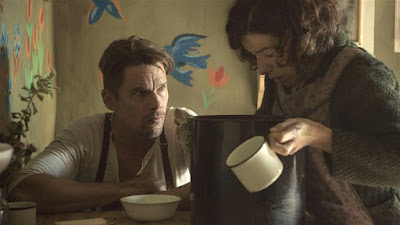 While the name Maudie sounds affectionate and familiar, the story presents few (if any) examples of it being put to use. Instead, the film records the instances of prejudice directed towards an alienated painter who always introduced herself by her full name. While capturing a spirit of innocence, its title and content recall Maud’s small frame and giddy manners – traits which caused many to doubt her claims to match“the work of five women.” As a posthumous biopic, Maudie offers a sweet yet exposed portrait that questions the sincerity of a ‘beloved’ reputation in the wake of fame and death. With understated beauty, this film uses a delicate hand and strong will to paint many pictures; from the colourful canvases sold near a weathered outhouse to the humble features of its residing talent. 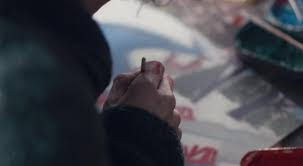