Set against the fertile backdrop of a secluded studio home in the hills of Santa Cruz, Zyzak and Cotler's Maya Dardel (2017) foregrounds the melancholy conversation and outrageous fatalism of its ageing female protagonist. After years of being haunted by the expectations set by her best-selling novel, Scandinavian author Maya (Lena Olin) gives a curt phone interview in which she announces her plans for suicide. After calling for intellectual young men to apply for a chance to become her successor, she manipulates devotions by testing their sexual performances before narrowing down to two possibilities. Henceforth, a depressive and fractured Caucus race ensues as a gentle poet (Nathan Keyes) and domineering playboy (Alexander Koch) pursue wildly different methods to stake a claim in her estate. All the while, she seeks solidarity and the occasional company of a quirky neighbour to reflect upon her life and plot its scheduled end. 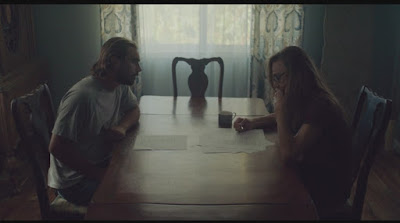 There is a certain irony to be found in the choice to house a woman bent on self-destruction on a piece of land that is so insultingly alive; sun-drenched plants, lush vineyards and twittering wildlife seem to find peace in the courses of life that Maya will not abide. Even when her nihilistic musings are not overheard by the outdoors during her many strolls, the film allows her quotes to echo through a glamorous home that seems  to jest at her closed mind by having more windows than walls. On several occasions, Maya Dardel  (2017) makes stylish use of abandoned structures (i.e. sea-less boats, rickety cabins) to host restless and manic discussions of lost time. This is certainly a film that likes the sound of its own voice. However, at times, it articulates an insecure and narcissistic commentary on growing old that is both moving and reproachful. 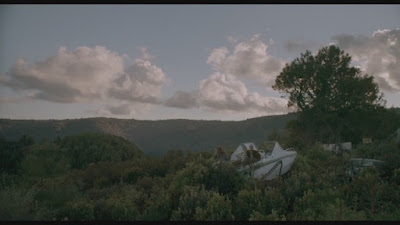 While the film is riddled with dark themes, one moment in particular stands out as a graphic and confused attempt to reframe habits of acknowledging sexual assault on screen. I feel obligated to challenge its motivations following an awkward press screening where Zyzak argued that her "empowering" depiction of an aggressive and non-consentual transition from foreplay to intercourse did not qualify as a rape scene. In my view, the behaviour that Maya exhibits during this ordeal does go against the representations of female victims that have become familiar in film. Here, reactions of screaming and physical resistance are downplayed, while Maya’s dumbstruck laughter provides an abrasive and frightening insight. However, the film neglects to consult this moment as anything more than a shock and resolves to trivialise the violation in all future dialogue and narrative. Accordingly, the act of watching  Maya Dardel (2017) to completion sometimes brings to mind one of its early interview questions: 'Are you able to carry out a difficult task from beginning to end?' 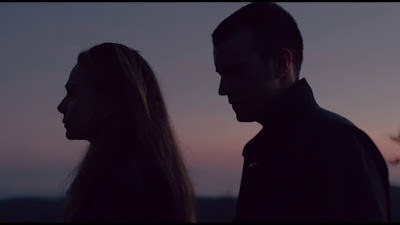