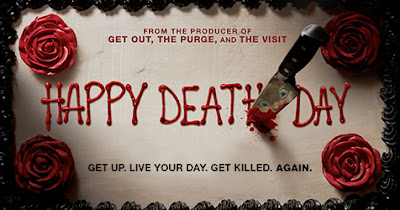 Proving more conceited than cake-worthy, teen scream Happy Death Day (2017) spends most of its runtime fighting for the bathroom mirror to adjust bra straps and bloodstains. Woken by a shrill ringtone that later comes back to haunt her, begrudging birthday girl Tree (Jessica Rothe) struts a mean, stiletto-heeled path from the dorm room of an awkward admirer to her campus sorority house. Later, her plan for a consecutive night of partying is put to an abrupt halt by an anonymous killer wearing a school spirit mask. Introducing menace by way of an unusual college mascot (i.e. a gurning baby), the narrative encloses her in a morbid time loop where she is left to puzzle over the mystery of her death by repeating variations of the same day. With enemies outnumbering friends, Tree’s journey soon becomes as much about self-transformation as survival. 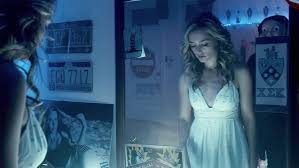 Crowded with flashbacks and comic violence, the film is a lively and snarky number – particularly thanks to actress Rothe. At times, it almost reads like a personality piece designed to show her off; as tour-de-force Tree is flung from one wild death trap to the next. Another minor triumph is to be found in its well-paced editing, which riddles deja vu scenes with discontinuity and mania. However, these charms seem easily offset by the sounding of unimaginative pop quick-hands and a swathe of valley-girl voices. Perhaps this is the main reason why each morning begins with Tylenol for breakfast. 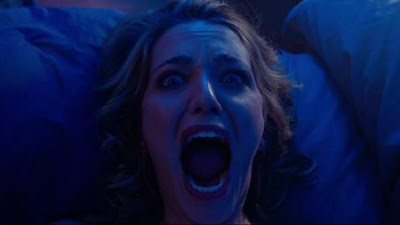 Picking up the habits of its diet-conscious female characters, the film’s dialogue is of little substance and makes a meal of such delights as ‘you sneaky little b-yotch’. Beyond its conversational horrors, Happy Death Day (2017) confronts a fairly engaging murder plot with a line- up of repeat offenders; daddy issues, rivaling beauties and glamorised depictions of adolescent life. While an entertaining and youthful flick, it is nothing groundbreaking. If Groundhog Day (1993) invited Pretty Little Liars (2010-2017), Prom Night (2008) and Sixteen Candles (1984) for a sleepover, this film – along with a possible restraining order for Bill Murray - would be the product. 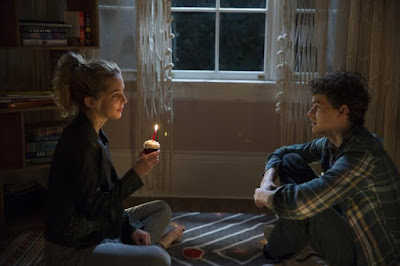