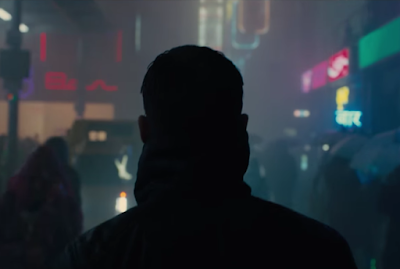 Taking to its heels in pursuit of a new LAPD inquest, Blade Runner 2049 follows replicant agent ‘K’ (Ryan Gosling) as he unearths historical evidence of an outlandish union between human and bioengineered life. Identifying hybrid pregnancy as a threat to civilisation, he is sent to neutralise its consequences while corrupt mogul Wallace (Jared Leto) sees the offspring as an opportunity to expand his replicant manufacturing business. Set several decades after the original film, this sequel tracks down a worse-for-wear Deckard (Harrison Ford) in the hopes of reuniting him with his estranged child. All the while, the demand of ‘K’’s pilgrimage puts his personal life into crisis as he is haunted by long lost memories and the isolation tended by digital girlfriend Joi (Ana de Armas). 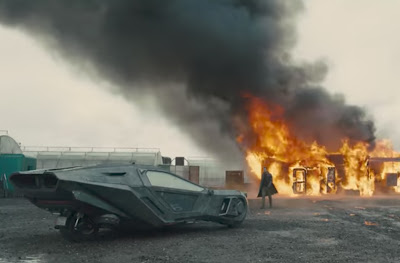 Hovering the bleached bio-harvesting plains and rain-drenched gloom of dystopian Los Angles, Blade Runner 2049 makes a pessimistic cloak of fog, suspenseful soundtrack drones and trench coats. However, it often disrobes to reveal a vibrant bustle of digital effects – ranging from excitable neon holographs to explosive action sequences. As far as Gosling's image is concerned, this use of colour and light in some ways recalls Drive (2011). Alongside these futuristic visions, nostalgia arrives in the form of childhood flashbacks and, interestingly, techy simulations of The Golden Age. This proves particularly successful when a Vegas-style hoard of entertainers forms the background glitch of a combat sequence. Holding true to ‘K’’s whisky tied comment – “things were simpler then” - Blade Runner 2049 persists with ever unpredictable landscapes under foot and enough creativity to extend the average viewing stamina. 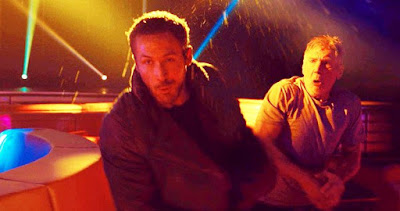 While various monuments, simulations and naked replica models seem to cast an uneasy light on controlled female bodies, Blade Runner 2049 refrains from engaging with them beyond their spectacular or fleshy purposes. Perhaps it is little surprise that the only distinguishable female victor is a character who has been physically quarantined in a sterile glass enclosure for the duration of the film. Despite this unpalatable detail, the film is a lush spread of tech-noir. As a sequel, it avoids merely imitating its previous texts and instead pioneers its own spaces. Thus, Blade Runner 2049 is no replicant. 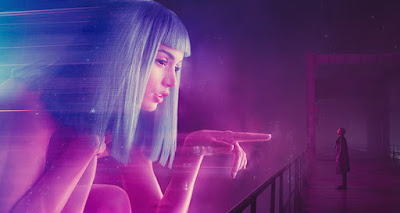