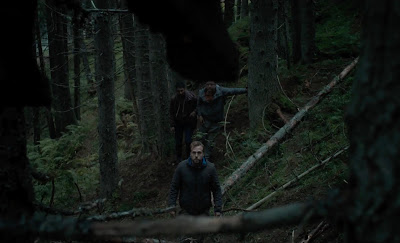 A film that wastes no time flirting with the travel experts at Nordic Visitor, The Ritual (2017) follows a group of four city men as they memorialise a recently deceased friend with a well-intentioned but ultimately horrific Swedish hiking trip. Soon after building a shrine in the mountains, the troubles of faulty outdoor gear and injury tempt them into the seclusion of a dense forest in the hopes of improvising a route back to base. Here, an eerie obstacle course of abandoned cabins, occult carvings and tree-mounted sacrifices is laid out under the merciless eye of a pagan god. Paranoia and denial soon take hold as laddish banter gives way to flaring tempers and the weird practices foreshadowed by the title are gradually revealed. As the tag-line jests: "Should have gone to Vegas." 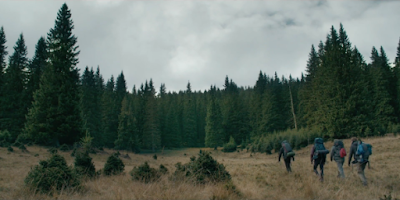 Splicing low key and high key lighting, The Ritual (2017) often creates a sharp contrast between daytime visibility and the dark unknown. Combined with disorienting camera play (which magnifies the forest and gives it an unnavigable appearance), the sunlight and nighttime hours bleed into one another to communicate the futility of time. As a natural crisis swiftly takes on supernatural proportions, the acoustic death-metal growls of an unknown beast threaten to shake the screen, while the violent hallucinations of group scapegoat Luke (Rafe Spall) cleverly re-enact the trauma of a fateful retail trip using the trees as aisles. Not dissimilar to the mismatch of animal parts discovered in the first act, this film attempts to fashion itself into a hybrid using elements of Blair Witch Project (1999), Without a Paddle (2004) and The Wickerman (1973) among others. 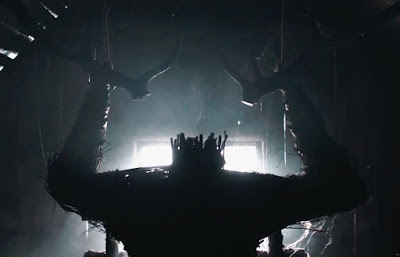 While its experiments with form are commendable and at times thrilling, the narrative behind The Ritual (2017) inevitably suggests that practice does not make perfect. Its flaws include instances of shabby logic, wherein we are led to assume that men who are quick to snap up their phones for the capturing of an outdoorsy group selfie would proceed to neglect all of their offline mobile resources later on. A hazy chain of events is made all the more ambiguous by the film's use of language. Often, the sweary dialogue exchanged between main protagonists seems excessive and pandering while communes of (presumed) Swede peasants are rendered unintelligible by a lack of subtitles. However, there is a certain suspense to be found in these communication difficulties, as the story transpires in a confusing and foreign place. All in all, Bruckner's The Ritual (2017) is something of a misnomer as it rarely does the same thing more than once. For this reason, it makes a wildly intriguing, albeit peculiar, watch. 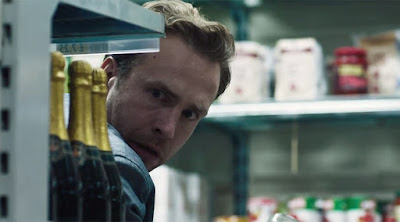